The theatre Treze de Maio, in Santa Maria, Brazil, is the city’s main theater, which was studied for an Acoustic Engineering bachelor’s thesis from the Federal University of Santa Maria, in Brazil. Fifty-five receivers were measured by the students and then 20 of them were simulated in ODEON.

As the absorption coefficents were not known, the Genetic material optimizer tool was used in order to tune the model with the measurement. An investigation of the simulation parameters was done as well.

The multi source auralization is based on recordings by the University of Bologna, as described by this paper. The instruments were recorded in a silent room with 12 microphones, to match playback from a dodecahedral speaker. The auralizations were produced with the tracks recorded from the microphone at -10.8º elevation and 0º azimuth.

Measurement setup in the theatre. The orange-colored objects are microphone holders. 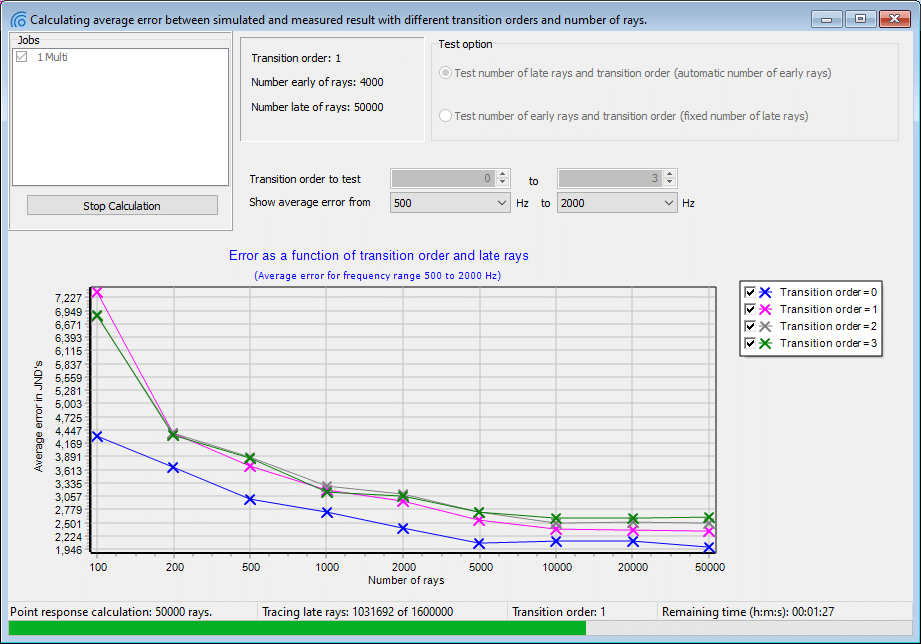 Convergence study in function of the number of rays.

Grid responses. The simulated parameter is specified at the top of the colorbar.