Here you can listen to Donizetti, Verdi, Puccini and Machaut, in Bavaria, Germany. The multi source auralization is based on recordings by the University of Bologna, as described by this paper, and some additional recordings by the same university. For Donizetti, Verdi and Puccini, the instruments were recorded in a silent room with 12 microphones, to match playback from a dodecahedral speaker. The auralizations were produced with the tracks recorded from the microphone at -10.8º elevation and 0º azimuth. For Machaut, the recordings were done in an anechoic chamber, with a single recording per singer.

The auralizations were made for 3 audience positions (blue dots) as shown in the animation below (Donizetti) and the figures further below. 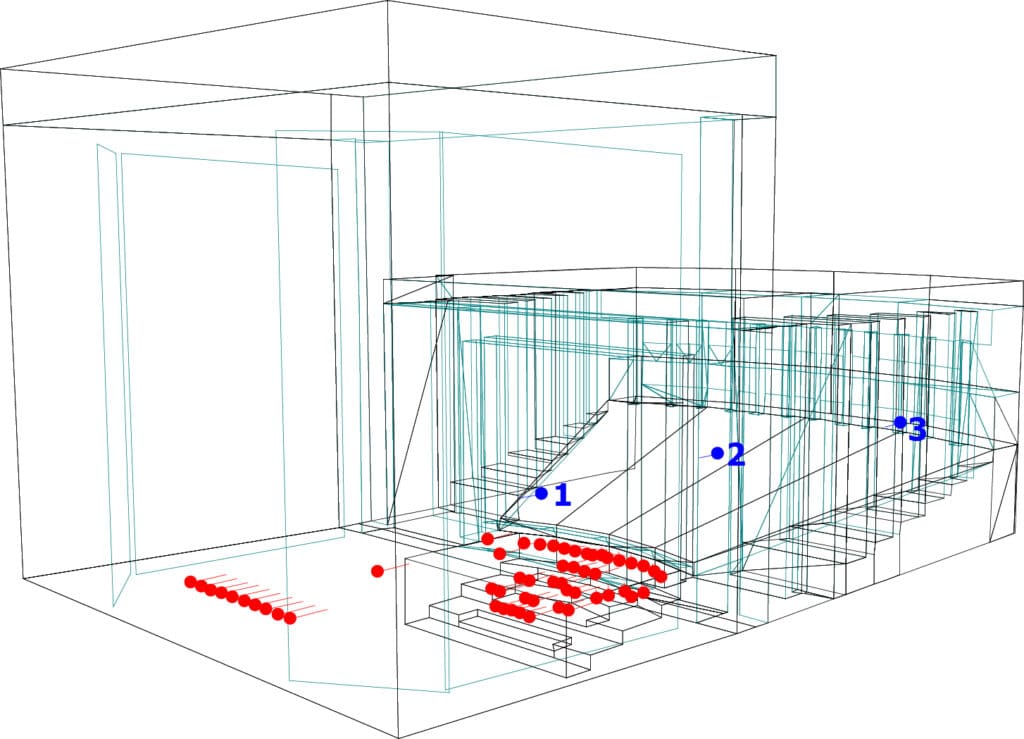 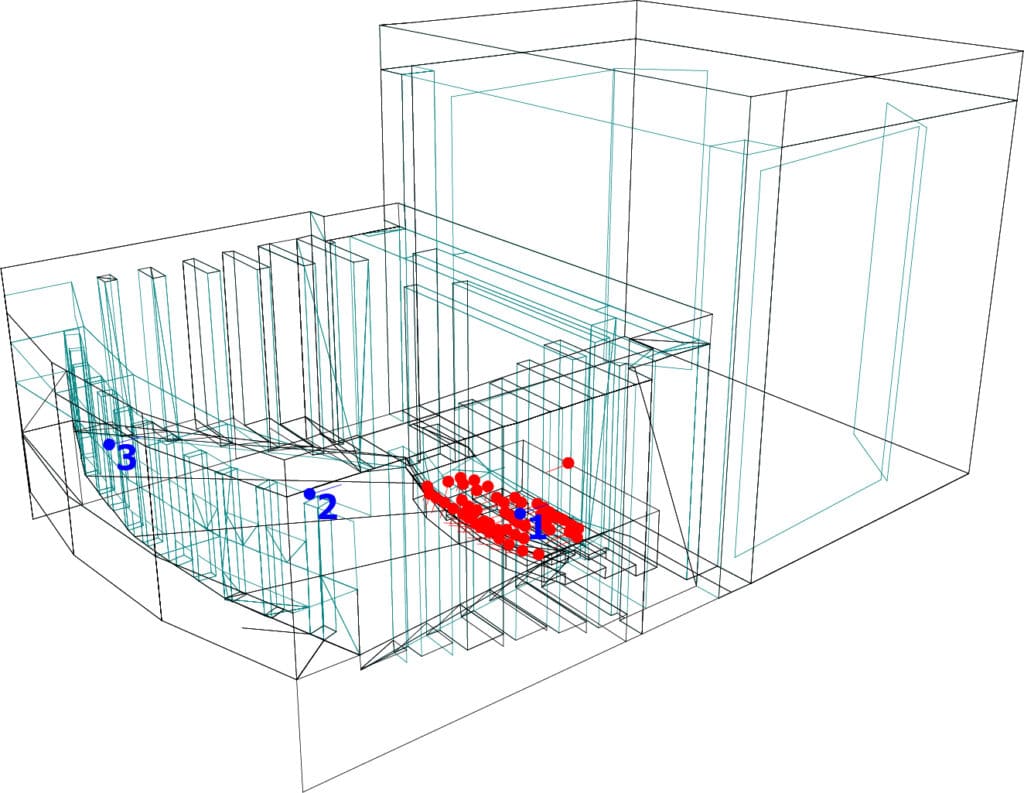 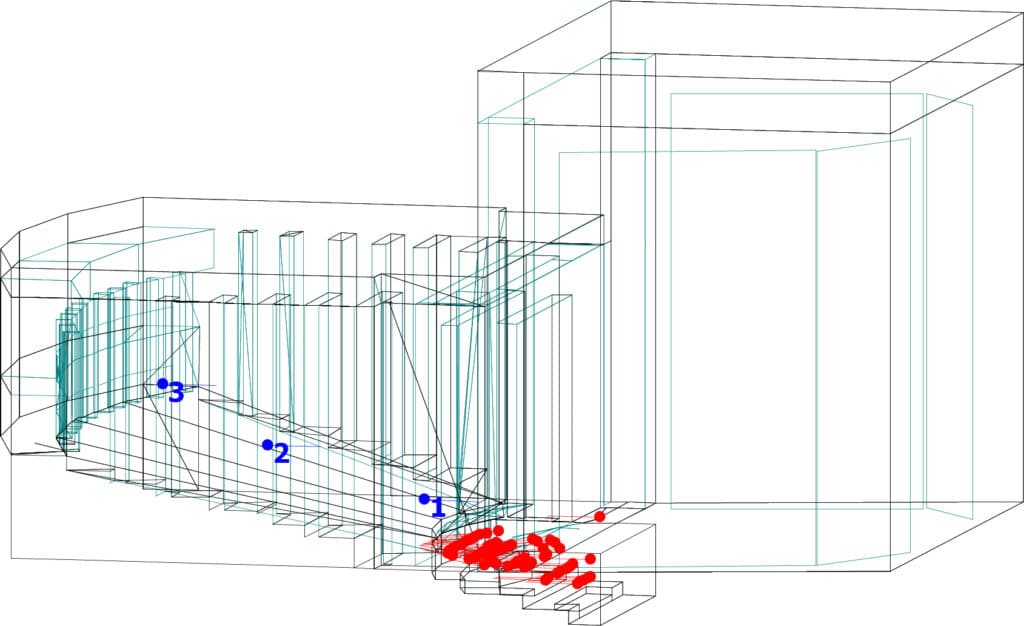 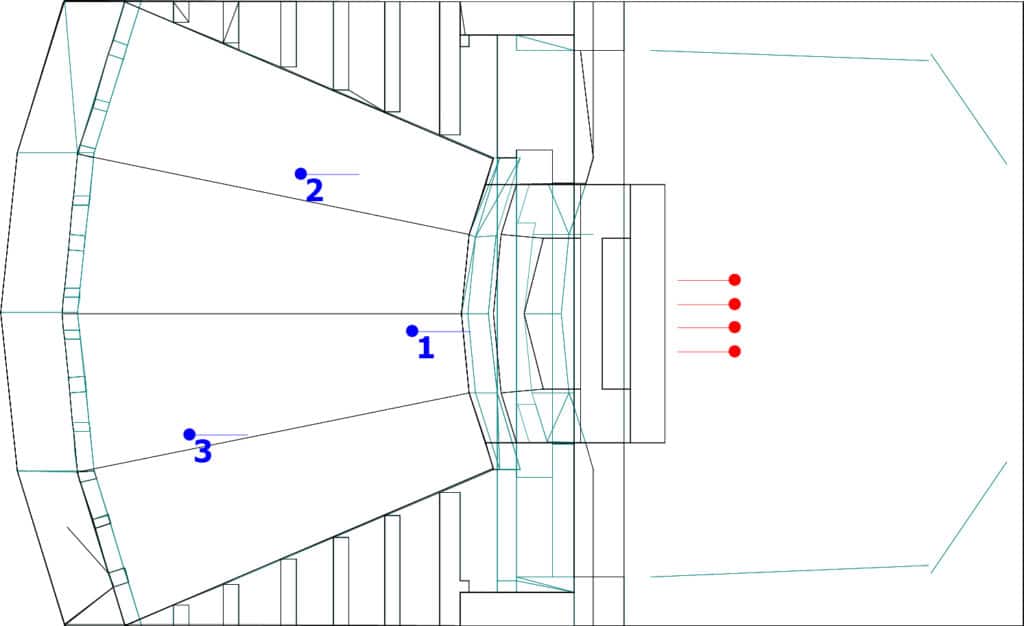