Here you can listen to Bruckner’s, Symphony no. 8, 2nd movement played virtually in the Royal Festival Hall, in London, UK. The multi source auralisation is based on anechoic recordings from Aalto University.

The instruments were recorded individually in an anechoic chamber with 22 microphones: 20 in a dodecahedron arrangement, 1 directly in front, and 1 directly above (as described by this paper). The examples in this page were produced with the tracks from the frontal microphone (0º azimuth, 0º elevation).

The auralisation was made for the conductor position and 4 audience positions (blue dots) as shown in the figure below. 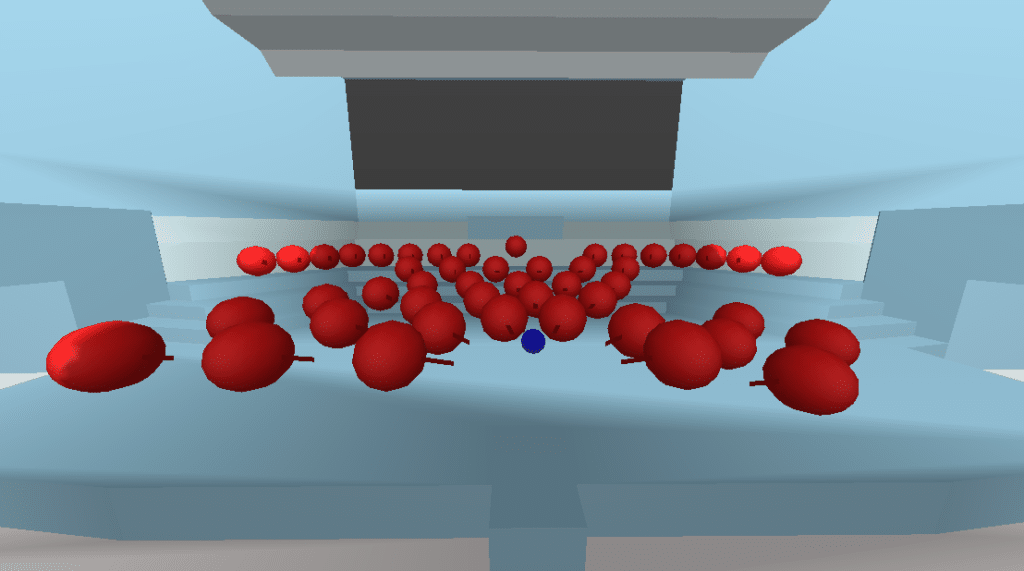 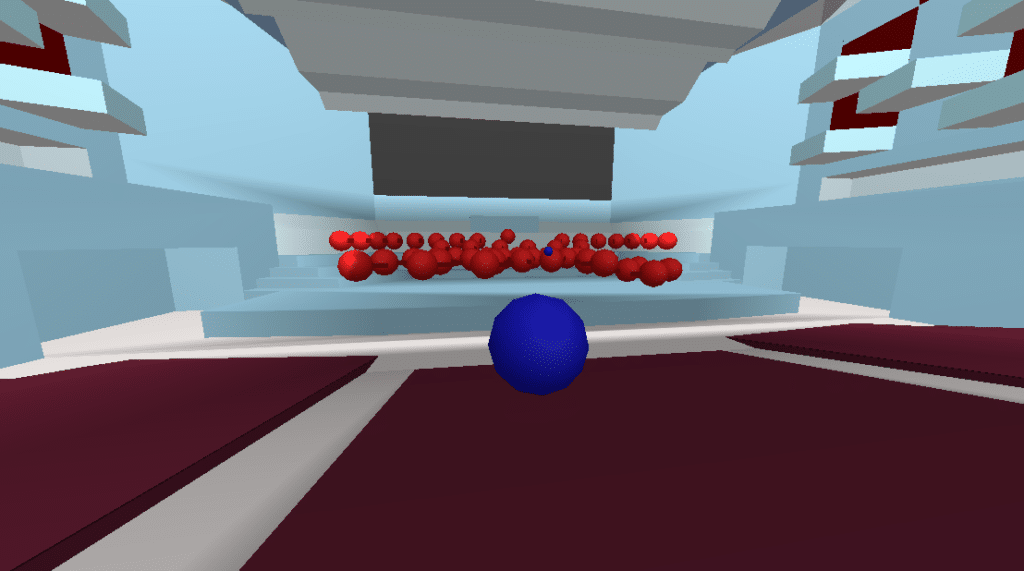 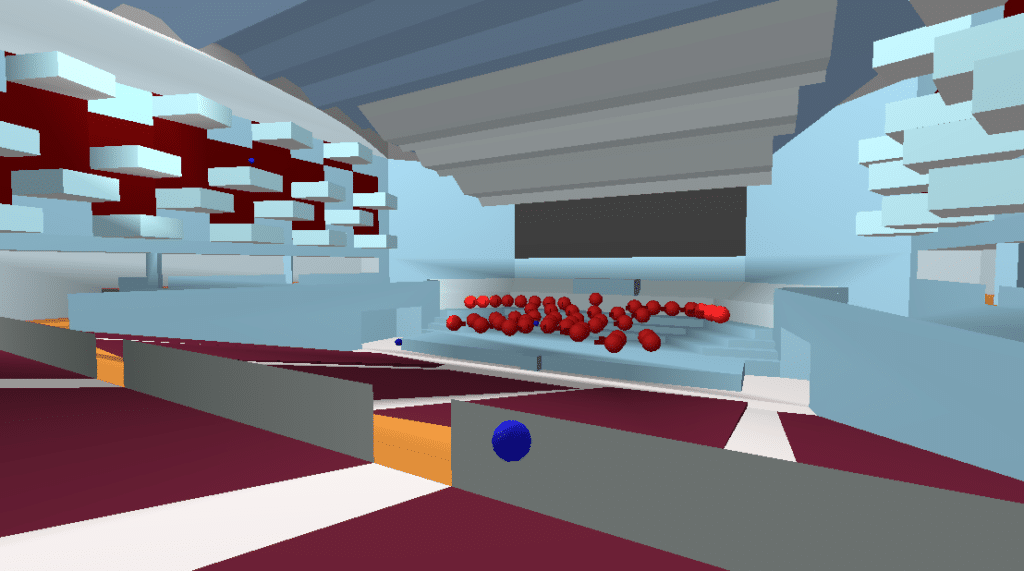 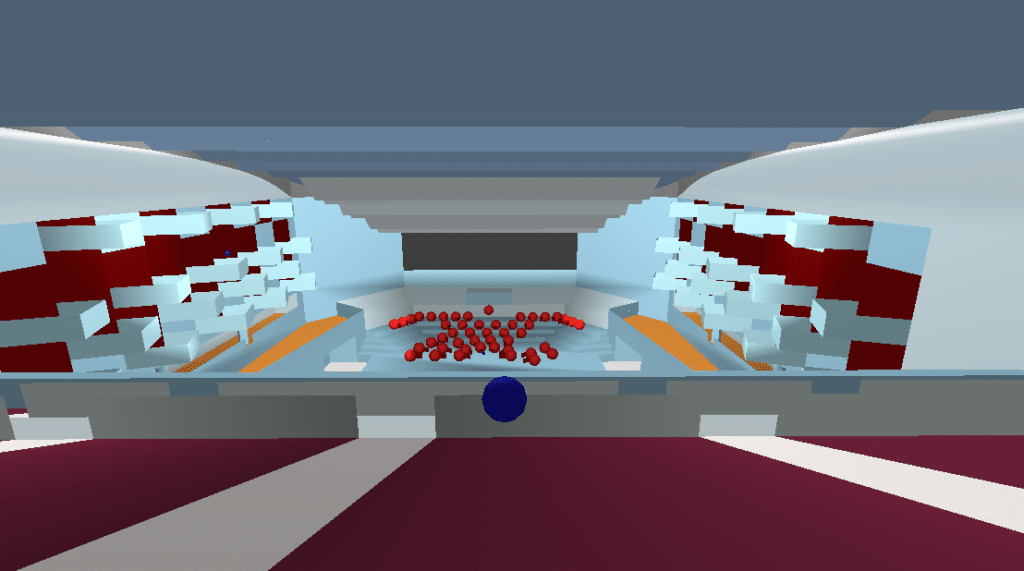 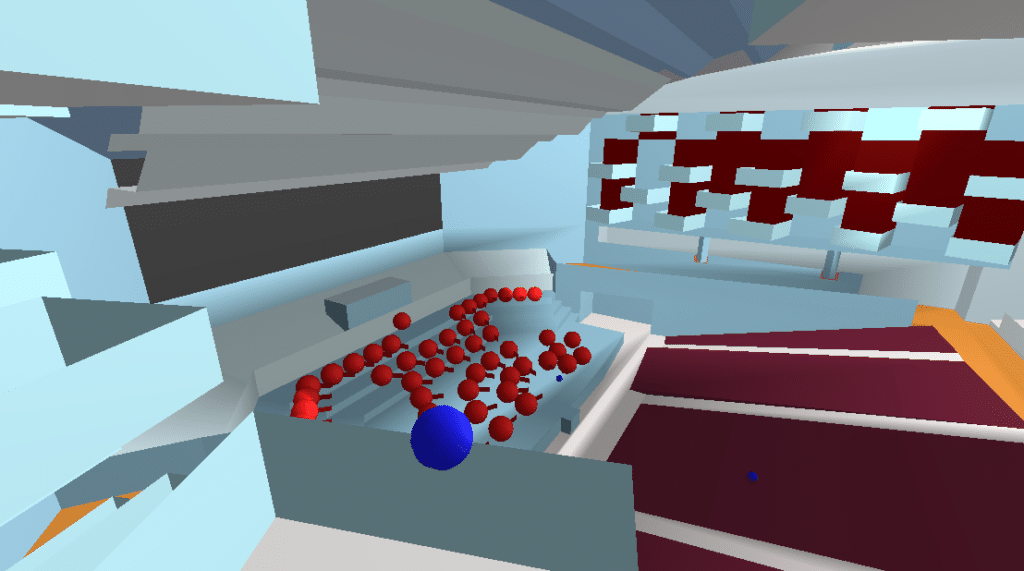