ODEON 12 was an important release with attractive enhancements:

Odeon A/S is making a big step this year by introducing a measuring system in the ODEON simulation software. From now on you will be able to perform room acoustic simulations and impulse response measurements inside the same environment. No extra pieces of software are needed any more for a complete project. Just measure, simulate and compare the results side by side! The ODEON measuring system can be used either together with a room model or as a stand-alone tool. The impulse response is derived by deconvolution of sweep signals. 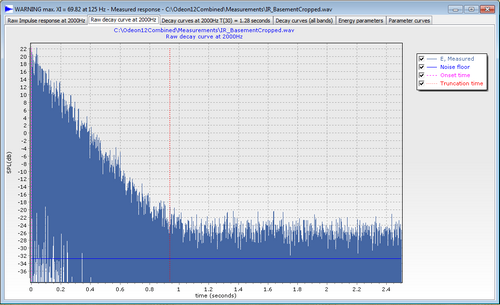 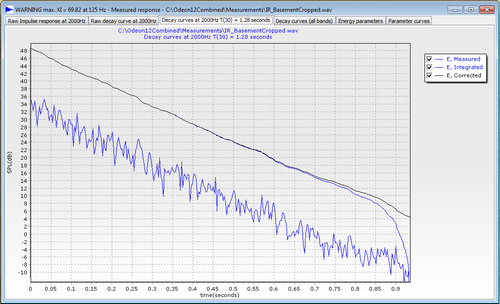 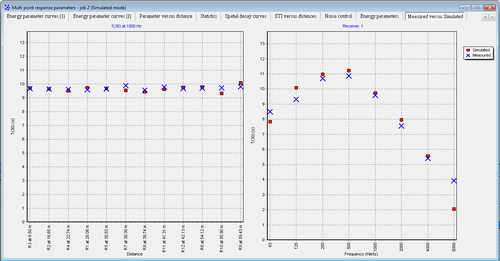 ISO-3382-3 for open plan offices is fully supported now in ODEON. All spatial parameters can be displayed both in terms of simulation and in terms of measurement. In the following example the STI parameter versus distance is displayed. 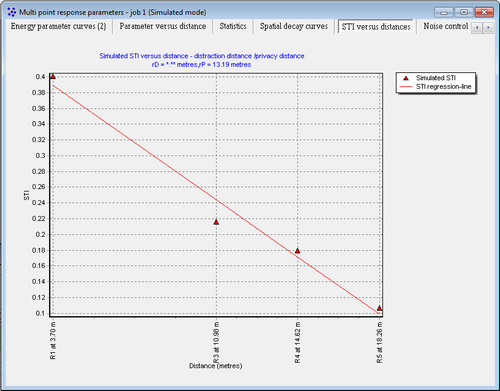 In the multi-point response there is now the option to make groups of receivers and work with the results individually. In the following example all results are displayed for receivers 1, 3, 4 and 5 only. The same grouping was used for the figure in Support for ISO 3382-3 Open Plan Offices. 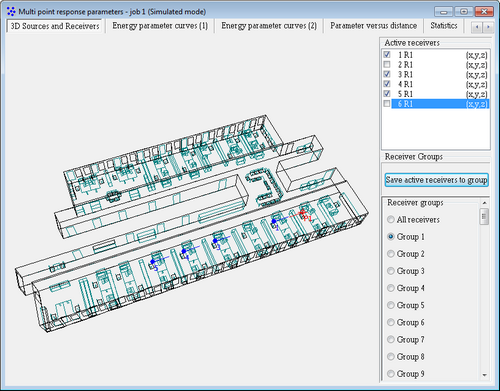 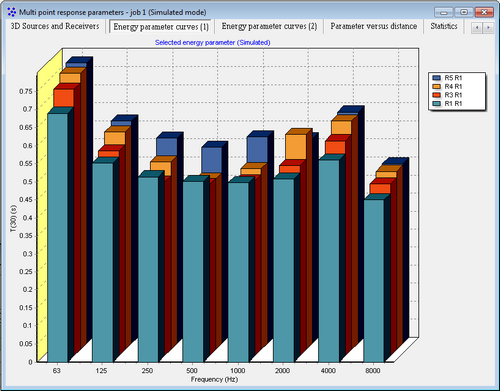 During tabulation of sources and receivers an align expert can be used so that each source/receiver is placed with constant height above the surfaces. This feature can be used for automatically generating an audience above a surface with an inclination. 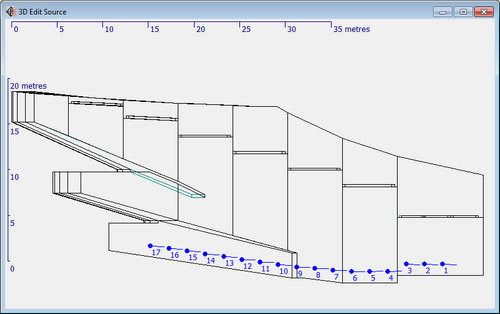 Now both Lambert and Spherical radiation can be chosen for a line and a surface source. The sound radiation is implemented by numerous point sources distributed over a line or a surface. Each of these sources shouts a ray towards a random direction. When Lambert is chosen for the radiation, the strength of each ray is proportional to the cosine of the angle between its direction and the normal. Practically, rays radiated parallel to the surface have zero strength. Whereas rays perpendicular to the surface carry the maximum of the energy. Spherical radiation introduces uniform strength to the rays, no matter their direction.

Lambert radiation is preferable for normal surface sources, such as noise emission from machinery. Spherical radiation is recommended when several point sources are modeled as a surface source instead of each one individually (e.g. many people distributed over a large canteen hall). Spherical radiation is also a good option for modelling traffic noise, which can be regarded as a dense array of vehicles, acting as individual point sources.

Adjusting the correct level of signals in a mix of convolutions might have been a tough task so far. In many cases you would like to have equal input levels for two sources in a multi-channel convolution. Such an example can be two human speakers placed at different distances from the receiver. The speakers are supposed to speak at the same level and only the distance from the receiver should be taken into account for the simulation. If the anechoic signal is not the same for the two speakers, it is very difficult to set a “normal” level of speech for both, manually. ODEON now does it for you, by calculating the average A-weighted loudness of the signals and equalizing them afterwards. You can activate this process by clicking on the calibration button, within from the offline convolution window.

The IACC (Inter-Aural Cross Correlation) coefficient provides an indication of the spatial impression in a concert hall, which can be perceived either as a broadening of the source or as listener envelopment. The IACC coefficient is described in Annex B of ISO 3382-1.